As George Fairbanks and I were preparing our SATURN 2015 opening address it seemed fitting to reflect on SATURN’s 11 year journey and figure out where it fits in the evolving software architecture landscape that SATURN very much helped to create. During the SATURN 2015 opening address we shared what we see as SATURN’s main strengths.  Three ideas that together we think have given SATURN it’s staying power and helped it remain relevant for over a decade.
Look through the SATURN archives and you’ll see that these three themes have permeated the conference since the beginning and in my opinion they continue to differentiate SATURN from other conferences. These are the SATURN community’s strengths and hopefully will make up the future for quite a while to come.

SATURN 2015 was a spectacular conference. Easily my favorite of the year. Here are some of my personal highlights with links to relevant talks, videos, and docs where appropriate.

I had a blast at SATURN 2015 and not only had a chance to get crucial feedback on how I practice software architecture, but also learned many new ideas I've been able to use with my team at IBM. For me, it's a really great, inclusive, fun, smart community of people who are actively defining where software architecture design is headed. It was a privilege to be the custodian of this conference as the technical program chair for two years and I look forward to attending many more SATURN conferences as a regular attendee for years to come.


SATURN 2016 is now accepting proposals for 15, 30, and 90 minute talks.  This conference is perfect for sharing new ideas and lessons from your experiences in software architecture design. Whether you're interested in design, technology, methods, businessy things, or working with teams, this is the place for ideas and stories that help us push the state of practice forward.
Software Architecture Talks 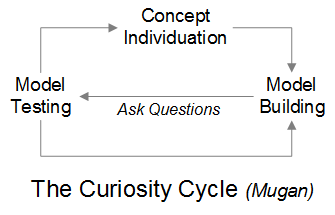 Software design requires a depth and breadth of experience that takes years to develop.  While better training in software design might shorten the time required to master design by better codifying knowledge and experience for others to follow, attaining knowledge is easier said than done. Jonathan Mugan in his book The Curiosity Cycle explains : Knowledge is more complicated than simply putting available pieces of information together because much of the world is hidden from view. [...] What we know determines what we see, therefore learning new things changes how we experience the world. If it were a matter of obtaining some bit of information, then anyone could be a great designer after reading a book.  Knowledge is an important part of design since it changes how you see the world, but perhaps even more important are the mental models we create to explain the world.  These models are born through experience and seen through the lens of our current knowledge.  Thinking about the
Read more