Why don't you use Continuous Integration?

- February 01, 2010
Everyone has a chore they hate doing. For me it’s cleaning the dishes. I’m a busy guy so I usually don’t get around to cooking and eating dinner until fairly late. Rather than cleaning anything, I stack the dishes in the sink and maybe soak a pan if something burned to the bottom. If the dishwasher has space, I’ll load it and set it going but most nights I leave a big pile of dirty dishes sitting around. After two or three nights of this, all the pots and pans are dirty and there’s no room for cooking thanks to the piles of dirty dishes. It’s actually kind of disgusting.

My wife takes a slightly different tact. After the meal is finished she immediately cleans all dishes, pots, pans, and utensils used while she was cooking. She has the forethought to run the dishwasher beforehand so there is plenty of room to load dirty dishes after the meal. She even wipes down the counter and stove so everything is ready for the next meal we cook. She’s quite amazing actually and a good cook to boot (especially when she’s following a recipe).

Professional chefs take matters a step further still. They clean as they cook.

I procrastinate doing something I hate and the result is a monumental, exhausting chore which takes an hour or more to finish. My wife spends 10, 15 minutes tops a night "tidying up" and though she hates doing dishes just as much as I, she makes it seem effortless. Professional chefs make miracles in the kitchen minutes at a time. 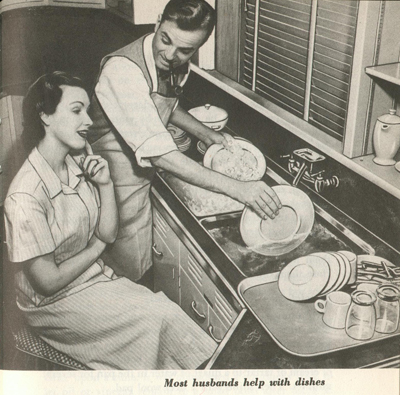 So it is with software.

Integrating software, even with a small team can be a chore.  Which would you prefer?  Approach A: write a lot of code, get everything working individually, and then do a big bang integration at the end; or Approach B: write a little code and integrate a little. While putting off integrating might satisfy your immediate needs, much like skipping dishes and moving straight to dessert, Approach A is going to cost more than Approach B in the end. Why?
Even better than big bang and nightly builds: continuous integration, cleaning as you code. Automated build servers have made huge advancements over the past few years. I highly recommend Hudson. It’s super easy to install and get started and has plug-ins for practically everything. There are even Hudson plug-ins for C# and just about every version control system you could want (and even some you don’t).

Doing chores sucks, but don’t make it worse than it has to be by putting things off. Continuous integration is a no brainer. If I had a dishwashing machine that constantly washed dishes as I finished using them I would dance naked in the streets, celebrating the marvels of modern technology. (You should be thankful such a machine doesn’t exist.)

You really don't have an excuse for not using continuous integration.
Process